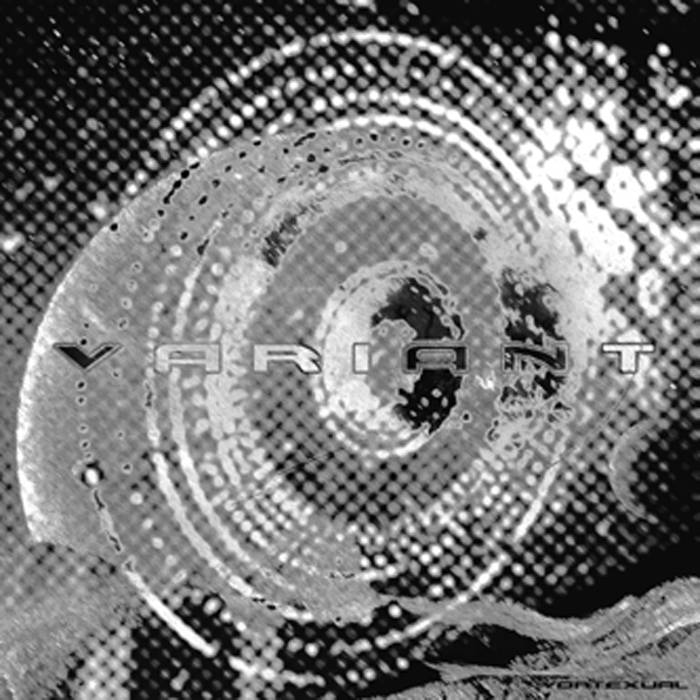 @KillTheBuddha A deep dive in the entracing matrix of echospace. To dub or not to dub, that's not a question.

Biff Johnson and Shelley Andrews A sleeping giant. What an incredible zone created here ! Do not think this is a rehash. This is a really awesome new soundscape created for our ears. When mixing, the variety(variant) can be endless. The art of the great downtempo mist at its best. Superb ! Do not let this become legendary and not have it.

A sublime & new extended player from Echospace's, Variant project comes in the form of "Vortexual" [Element One], made exclusively for Movement Festival, Detroit, 2015. This is a near 50 minute cyclic voyage entering the realm of sonic mysticism: a vibrational experience outside of the mind ever-shifting & ever-evolving channels of frequency. For those captivated by Variant's reductions of Intrusion's, "A Gentle Embrace," there is plenty to adore within its composition. This is music to love to, to pray to, to heal to, to float in & drift away.....

On Vortextual (Element One), Echospace's Stephen Hitchell once again dons the Variant mask for a trip into the "realm of sonic mysticism". It was composed and produced for Detroit's Movement Festival, where Hitchell delivered a typically spacious, dubbed-out live performance. This recorded version is in the form of an hour-long exploration of dubbed-out ambient textures, where cyclical chords and melodies - drenched in delay and produced in a typically minimalist way - slowly rise and fall. They're occasionally joined by bouts of pulsating rhythm, with subtly ricocheting hits riding a watery, outer-space bassline. For the most part, though, it's a beatless and hypnotic excursion. -Juno

Element One of this sprawling science-fiction epic from Stephen Hitchell a.k.a one-half of Detroit techno duo, Echospace. 59 minutes in duration, it was originally composed and produced for Detroit's Movement Festival, where Hitchell delivered a spacious, dubbed-out live performance. This recorded version is in the form of an hour-long exploration of emptied out ambient space, GAS-like rhythm propulsion and endless, turbulent delay spirals… forever in movement. Hitchell himself labels his Variant alias as existing in the "realm of sonic mysticism”. Which is about right on. Long sold out from the artist, this is Limited Edition Replicated CD packaged with Chrome Sticker in re-sealable poly sleeve.-Bleep