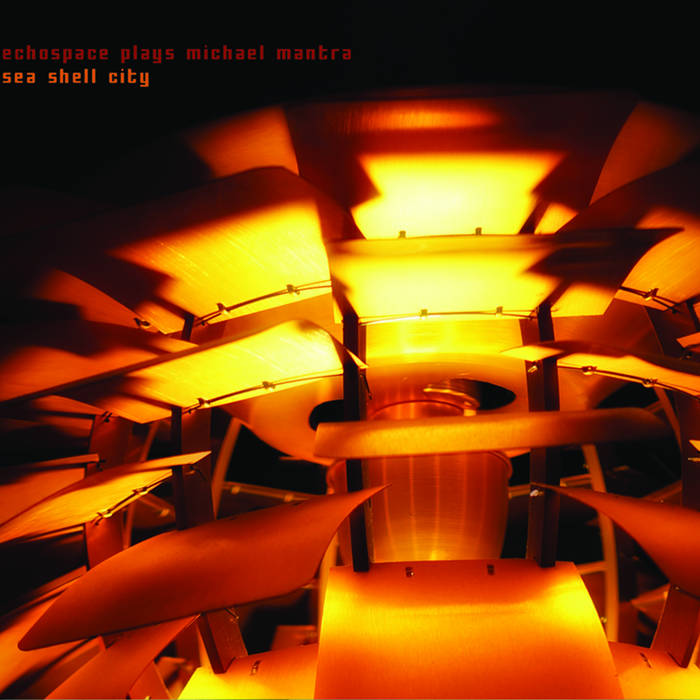 mastakaspa Maybe there is something with "healing functions" they talking about... I played it and felt suddenly relaxed from the start. When music faded out I felt that is not fair... and played it again :)

Drox mesmerizing with so much detail and movement that you keep noticing something new every listen. Recommend Favorite track: sea shell city (afternoon).

Biff Johnson and Shelley Andrews Wonderful waves of sound, gentle pulsing, and deep ambient sounds. Here comes another wave and way in the background some birds and there is a maybe a fog horn off in the distance. Beautiful tribute and epic recording!!! Very highly recommended. Favorite track: sea shell city (afternoon).

DeepChord and Echospace started off as barely more than a rumor supported mostly by the continous scarcity of their records. The duo comprised of Detroit's Rod Modell and Chicago's Steven Hitchell have spent nearly two decades producing low-key electronic music both bordering on the verge of myth. They're considered by many the most noted producers operating in the dub-infused aftermath of the Basic Channel axis and all its myriad offshoots. Their landmark album, "The Coldest Season" on the celebrated Modern Love imprint was named album of the year in over 40 different magazines around the world and was listed as one of "The Best Albums Of The Decade" in Resident Advisor. The Detroit duo also record under a a variety of monikers (cv313, deepchord, intrusion, phase90, variant, etc.) and have continued to carve out an evocative, immersive sound born out of a love and passion for analog circuitry, sound design, field recordings and non-conventional methods of recording. But it's also work that's quintessentially building upon the Detroit electronic scene where it was born, and that divine marriage of roots and vision make the work at once so highly considered, so pertinent and so timeless. This marks the first Echospace (Rod Modell & Stephen Hitchell) project since 2012's, "Silent World" album release. On this new project, a collaboration with one of their closest friends and mentor, the late Michael Mantra, who's contribution to society cannot be overstated. Michael's theories on ‘Brain Hemisphere Harmonic Healing’ were instrumental in the development of vibrational and sonic therapy. His experiments in the neural affects of sound paved the way for for what has now become healing music. In his honor, we're moving forward with a project we started some years ago and has finally come to form. Echospace plays Michael Mantra, "Sea Shell City" is a 70 minute voyage into the furthest depths of the mind, featuring three tracks of ambient drone-based sonic worlds. Where gentle waves of organic harmonics induce an almost meditative state of being. On this album sounds were sculpted with the use of hydrophones, piezoelectric transducers, wind harps, and binaural dummy-head microphones creating snapshots of normally unheard sonic worlds. Analogue oceans in slow motion, allowing one's mind to float into those mystical quiet zones, the brain hemisphere-sync effect Michael Mantra fostered for nearly three decades is ever present. We're continuously reflecting on the teachings of Michael and in his honor, preserving the essence of sound and vibrational healing through music for immersive journeys into the vast beauty of atmosphere, the mind, nature and the inner self.

Michael Mantra was a close friend and mentor. He was a man who dedicated his life to harnessing the subtle energies contained in soft noise and using them for the betterment of mankind. Mike believed that listening with our whole heart and soul was the key to enjoying life to the fullest. He created auditory gradients for changing states of mind, and believed sound was the key to unlocking unseen universes. 25 years ago, Mike (fully) understood things about sound that modern books on vibration-healing are just touching on today. His contribution to society cannot be overstated. He dedicated himself "to the spiritual liberation of all sentient beings" through his sound-works. Desmond K. Hill once said that Mike's neuro-soundtracks could "radically transform the way human beings function psychologically". "After 20-30 minutes of listening, I was incredibly relaxed with a lasting sensation of well-being... no concerns or thought crowded my mind, firmly in the present as opposed to being under the influence of memory or worries about the future... completely located in the now, with intense clarity, and deeper crispness of visual perception and thought". Mike was a sound-wizard who was at least 30 years ahead of the curve.


Rest In Peace Michael Mantra 1950 - 2014. You will never be forgotten. You made the world a far better place for so many of us, and your teachings continue to give solace to thousands. ~ R. Modell 2016