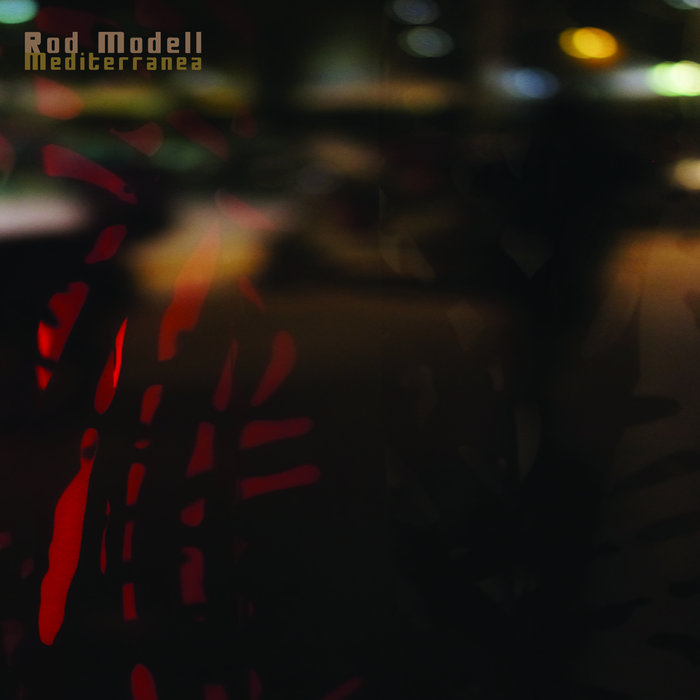 Μaπ Β This afternoon, I put on Mediterranea as something to enjoy in the background. Instead, after just a few minutes, I found myself lying in bed, the sun setting through my window, curtains fluttering in the wind, exhaling and inhaling with the rhythm of the music (I feel like there's even a specific layer for this). Even the coastal Californian weather synced up to that of a late summer in the Mediterranean. It was truly a transporting experience.

Biff Johnson and Shelley Andrews Smell the fragrance in the warm breeze. The ancient pillars and the electric blue sea. Long form pieces are transforming Echospace into a bigger than life excitement about what the future brings. Textural and pulse driven
journeys invite you in for the ride.
A great and important document!

caustic widow first couple of times i listened to this on headphones. then i switched to playing it out, drifting across the terrace in the evening light. this was an altogether different experience. mediterranea needs air and light (and some decent speakers) to reveal itself

Tom Rimshot Not quite a return to his earlier ambient works, and nowhere near as technoid as things like Incense & Blacklight or his Echocord 12"s. A nice slow burn groove with psychedelic textures washing in and out, vaguely dubby bass kicks to punctuate and a stunningly beautiful chord change looping. Literally lush.

Pete Srdic Right up there with the Gas / Mohn releases. Been waiting for something to feed that gap for a long time, and this sure does - beautifully. Stunning slow burner from Modell. Congrats !

The first solo album from Rod Modell (Deepchord) in nearly 10 years, following up 2007's "Incense & Blacklight" comes in lush form with, "Mediterranea". Clocking in at 72 minutes, this cerebral epic reveals a sense of timelessness and stillness, an exquisite portrayal of reflection that is sonically enriching and emotionally engaging. Opening with field recordings conducted while abroad in the islands of Spain, sculpts a sublime sense of nuance that creeps into fore as time passes, gradually enveloping and evolving into what sounds as an orchestra playing from the fathomless ends of the ocean. The quiet jazz induced snare percussion honors the melody hidden deep beneath the surface. Congas and tribal rhythms accentuate its colorful and vibrant dream-like melodies that slowly expose themselves into the mix. Haunting, alluding to the symphonic, its emotional depth shift gradually, revealing the underlying, subconscious tonal colors. The magic and lushness of the strings, the beautiful resonance of the violin and the love felt in each key stroke tugs right at the heart strings. To us here at Echospace, this may be the most Beautiful and inviting piece we've ever heard from Rod, absolutely stunning!

And….. ease…. Fear not my friends and victims of the stress of modern life. Detroit dub techno lynchpin Rod Modell has got your back, with a sublime disc of sonic medication/meditation that radiates waves of pure tranquility. Modell has a cult following, but for the as yet uninitiated; he’s basically DeepChord -- affectionately referred to by myself and our man Phil as DeepChod. “Chod” being slang for shit, because like, y’know - it’s some deep shit. He’s also half of cv313 with Steve Hitchell (Intrusion, Phase90, Radius, Variant etc.)

Apparently old Rod can be found lingering around his pad listening to the same loop for over 24 hours. So it’s safe to assume he know’s a thing or two about the power of repetition and nuance. His latest offering on his prolific echospace [detroit] label is as lush as ever. Clocking in at around 72 minutes and split into two parts, Mediterranea’s main component is an endlessly wandering, drifting, almost modern classical loop that really burrows itself in deep. The highly emotive string swells and recedes over a bed of mesmeric ethereal ambient techno that glistens with vaporous synths. It’s bloody epic and gorgeous at that. It could go on forever, as I float, suspended in paralysis while the rest of the world temporarily ceases to exist.

If you've not managed to rob a bank to acquire the GAS box set, then this should sufficiently fill the void. -Norman Records

Rod Modell has always been a prolific producer, so it's a genuine surprise to find that this is the DeepChord member's first solo full-length for the best part of a decade. Meditteranea is, tyupically, something of a slowly unfolding epic, with reverb-laden field recordings - made while the producer was on holiday in Spain - gradually making way for his usual languid, ambient-leaning dub techno rhythms. While all of his productions, be they solo or collaborative, tend towards the hugely atmospheric, Meditteranea is undoubtedly warmer and more quietly picturesque than much of his work. Modell apparently believes this is amongst his best work to date, and it's hard to disagree. -Juno

w + p by rod modell. photography by rod modell, layout and design by steven hitchell. mastered by R.M. in echospace.