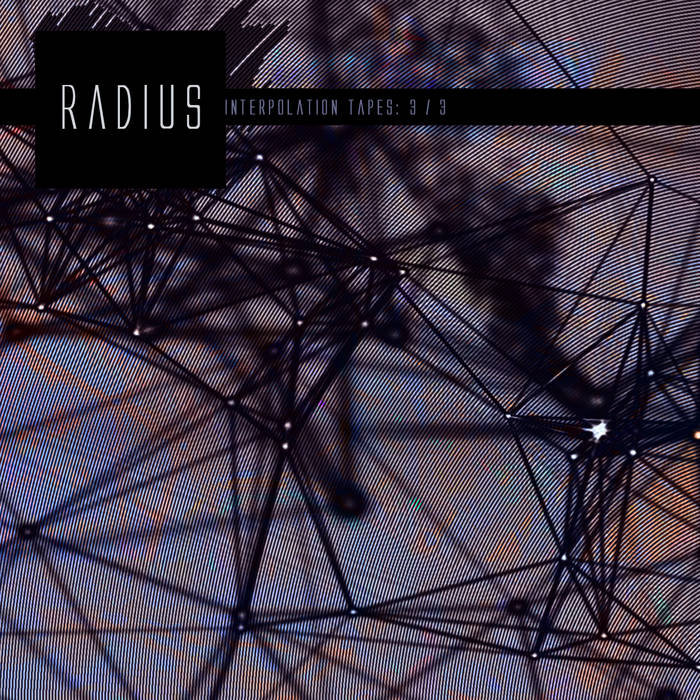 Biff Johnson and Shelley Andrews The final disc of the nearly mythical interpolation series is out and a great finale to the awesome look back to the future of now.These sound as if recorded yesterday. Great sonics and very current in purpose.Feel the hypnotic power of this trance-dub call it what you want magic. Favorite track: interpolation [fifteen].

This marks the last release in the three-part edition of the Radius project, quite possibly our favorite in the series. The final installment features 3 tracks flirting with the deepest spectrum of dubbed out analog bliss, enchanting, hypnotizing but moving all at the same time. Restored and redesigned from analog cassette tapes with recordings conducted from 1994-2001 recorded exclusively with analog/digital hardware. The original source tapes had aged, warped and degraded and as a result we've preserved the best segments, sampled and reprocessed them into an entirely new sonic spectrum. Regardless of the time passed, there's so much depth and organic movement, it nearly breathes in slow motion. When considering the limitations of hardware in the era these were recorded, they've truly aged like a fine wine. The deepest productions in the sonic world of Radius. Our best advice while exploring - prepare the flotation tank!

It is a great joy for all fans of Echospace and DeepChord that Stephen Hitchell returned to his old registrations and brought them back to life. It's mainly a few hours of great music from the border of dub, techno and ambient, but also extremely important (and so far hidden) fragment of the history of new electronics. Thanks to these publications, we know that the Chicago producer created a very beautiful and moving version of the Basic Channel canon at exactly the same time as the Fluxion, Porter Ricks and Hallucinator releases, published by Chain Reaction, were released.
-Nowamuzyka Magazine

written and produced by radius [1993-2003] engineered, restored and redesigned from analog tape in 2017. mastered in echospace.