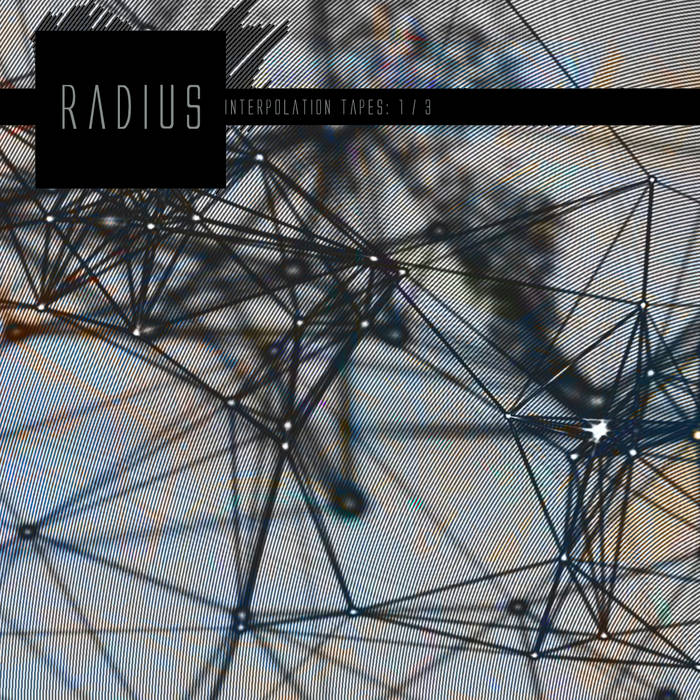 Biff Johnson and Shelley Andrews Turn on the system. Adjust the sub woofer. Hope you have hardwood floors that capture the killer low-end resonance of the interpolation series.Great stuff that really sounds new and fresh and at the same time a continuation of Echospace's mission .One part being to present great music with awesome sonics and killer presentation. Feel the power emanate up through that hardwood and sub-woof. Favorite track: interpolation [two].

In prelude to this year's Movement Festival [Detroit], Echospace is proud to announce a brand new, three-part project culled from sounds created nearly 20 years ago. Radius's "Interpolation Tapes" (Restoration One) is the first part in a series of three releases featuring future classics from the vault of Stephen Hitchell's (cv313/echospace/intrusion) Radius project, a rich analog tapestry made in the heart of Detroit, Techno City. The music stems from cassette recordings conducted from 1994-2001 with nothing but analog/digital hardware, no computer in sight. The Radius project has been virtually absent since the final vinyl release in 2001, the first 12" appearing in 1996 (limited white label run of 100 copies pressed at Acme pressing in Canada) after revisiting these works we realized there was truly some magic here which came to form with a double CD album, "Obsolete Machines" back in March, featuring beautiful reworks and reshapes from cv313. These were also part of the original tape sessions for a project initially sent to Rod Modell & Mike Schommer (for consideration for release on their brilliant deepchord imprint) back in 2001. Given their imprint was a home for their own personal recordings, this entire project has never seen the light of day. This work has been collecting dust in our cassette rack for nearly 20 years now and we've finally brought it all back to life.

The original source tapes had aged, warped and degraded and as a result we've preserved the best segments, sampled and reprocessed with a vintage prophet 2000 sampler, studio 440 and various Linn samplers to add depth and range to the original source material. We've spent nearly an entire year restoring and interpolating over 100 hours of music, processing sound and redesigning the blueprints of this long forgotten project. Every track was originally recorded down to an old Tascam 688, an 8 track cassette recorder purchased and abused since 1992 and to our ears still sounds quite impressive even by modern standards. We've had nearly every component replaced and re-calibrated to bring this obsolete machine back to life. It's been a truly nostalgic experience re-visiting and re-arranging these masters, regardless of the time passed, there's so much depth in sound design, raw emotions and when considering the limitations of hardware in the era these were recorded, they've truly aged like a fine wine...

We hope you enjoy this magical time in music, as we are very inspired by all that was happening in those years, there's undeniably something in the air, a mystifying energy, long may it live on...

written and produced by radius [1993-2001] engineered, restored and interpolated from analog tape. mastered in echospace.