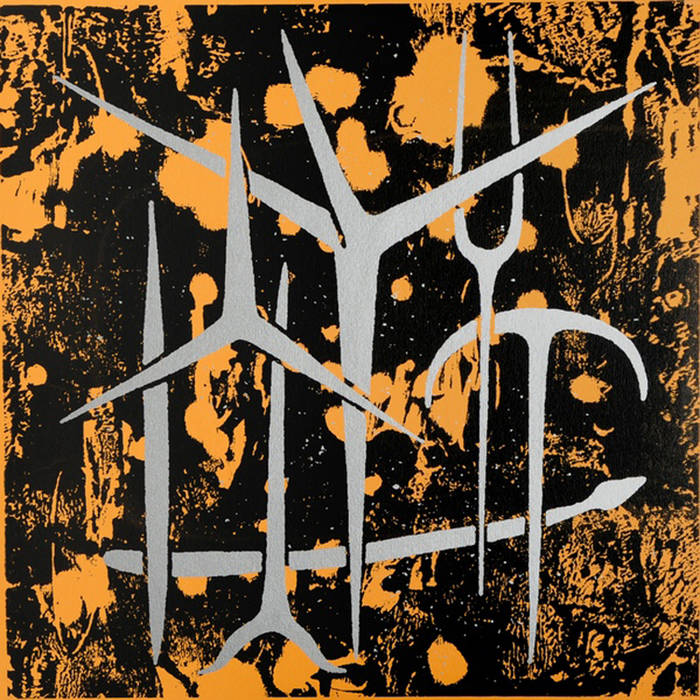 Biff Johnson and Shelley Andrews Great reshape and it could be better than the original. Must have as it goes in a more floating direction. But, the punch abides Great sound design. Favorite track: E) Vinci [Intrusion's Possession Dub] **Bonus**.

"A reissue of Echospace’s Phase90 project with remastered audio, unreleased material, and packaging handled by Lindsay Todd. Inspired by field recordings from Calvary Cemetery this is haunting music, acidic dreams for those who enjoy a walk on the wrong side." -Fact Magazine (Release of the week)


Is Field recordings from the cemetery may become a leaven of reflection on the fragility of our lives?

Under the banner of Phase90 hiding Stephen Hitchell's latest project, known so far from the business under the names Echospace, cv313 and Variant. As always, this time an American artist combines his music two seemingly seemingly different approaches - technical and metaphysical.

The very name of the project refers us to the famous effect of Phase 90, which in the history of popular music was most often used by guitarists, but also by keyboardists. On the other hand, the basis for recording placed on "Infinitati" became ambient sounds recorded on ... in Calvary Cemetery. How fell combination of warm sound of that effect of funerary registrations?

The album begins in a truly sinister way - from industrial noise that writhing static streak ("Infinitati") leads us directly to the minimalist composition, stretched between dub bass and muffled pulsing techno beats ("Ango"). With time, however, there are tribal percussion ("Dolor"), which combine a deep synth waves of chords heard through a sewage system in the background. ("Terra").

The focal point of the album is a twenty-minute composition "Vinci". This is one of the greatest achievements in the aquatic spatial recordings he's known for. The muffled beats slowly emerge to the fore, leading to a mysterious noises and wheezing - all flashing hypnotic rhythms embedded in the ambient context. This soothing topic of time is the beginning of the next song - connecting industrial electronics inclusions of illustrative "Targum".

The final of the set consists of two recordings referring to the classic school of Jamaican dub. Free bit of the bridge meter brings with it massive bass thumping procession, and on the rhythmic backbone of overflowing waves of dream-like keys ("Passio"). Over time, rhythmic pulses fade, giving way to looped noise, which, like the sound of the receding train, take with them slowly fading passages of ambient emissions ("Quam").

The combination of hot dub effects of the provenance of ominous sounds straight from industrial and raise their rhythm in the style of techno minimalism work flawlessly. This creates a monochrome music sound crisscrossed uniquely, which creates an amazing atmosphere, balancing on the verge of relief and anxiety. If anyone had ever even get that elusive moment of reflection on the passing of connecting time with fascination, the world on the other side of our lives - it is on this album! -Nowamuzyka Magazine


"Steven Hitchell rekindles his Phase90 alias with an absorbing reshuffle of its debut album, 'Infinitati' including unreleased and remastered material. This is arguably some of the strongest material from any of his myriad pseudonyms, mostly thanks to an sort of frayed, agitated approach to his rhythms, preferring knotty, sparking shuffles and delicate dub bounce rather than his patented heavy trodders. The atmospheres too are dealt with a nimble hand, full of organically diffused melody and dusty chain reactions occurring around the sound-sphere with dreamy, elusive quality.


"Phase90 is a solo project from Detroit artist Stephen Hitchell, better known for his solo work as Variant and for making up the numbers in dub techno groups Echospace and cv313. Debut album Infinitati is a spacious and haunted piece – dark, ghostly, yet not exactly sinister. This is a great introduction to the aquatic world of echospace as a whole and builds upon the foundations laid down on LP's such as The Coldest Season and the various incarnations of the ever evolving echospace production unit. Perfect winter listening for anyone into The Detroit Escalator Company, Basic Channel or the Modern Love label." -Bleep