beyond the clouds [reprised versions] 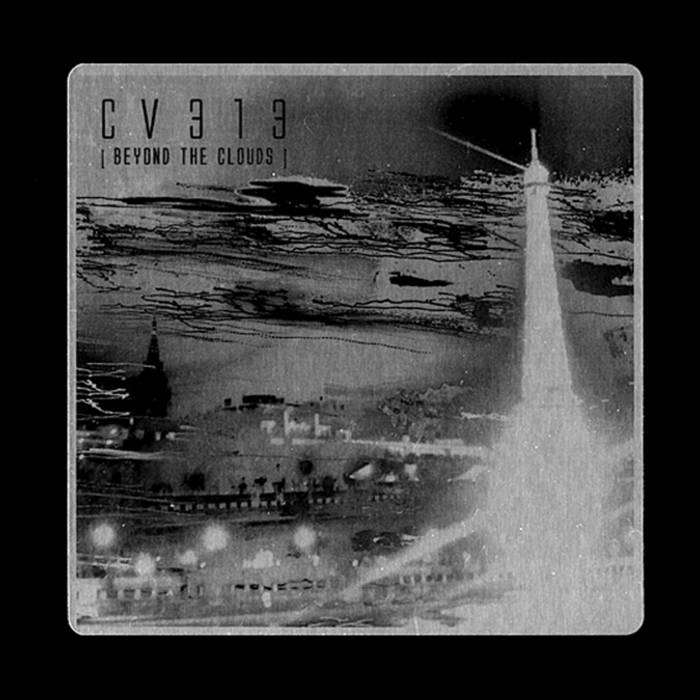 Lingyun Hu My visual tribute to this masterpiece: www.youtube.com/watch?v=LQPGpHF_iU8

Smoke-Wind This album was my first cv313 experience and it impacted me by expanding beyond what i knew about music. Perfect example of what was lacking being filled. Favorite track: beyond the clouds [reprise] III.

"Beyond the Clouds" was recorded from a live session near the heart of Detroit using hand crafted modular synthesizers, analog devices and custom made effects units

Remastered for CD release by Ron Murphy @ NSC Mastering, Detroit, USA shortly before he passed away, his memory will live in our hearts forever.

In late 2011 through early 2012, echospace [detroit] issued a series of collectors editions of diverse and previously unreleased and/or unavailable on CD material by Deepchord, Variant, the elusive Sons of the Dragon and, of course, cv313. These professionally duplicated CDs were all housed in plain black slip-cases with square metallic ink artwork stickers inside resealable polybags, giving them the feel of an ongoing series.

For many, one of the most crucial of these releases was Beyond The Clouds [Reprised] Versions, a collection of three versions – two previously unavailable – of one of cv313’s most iconic tracks. These three twenty-five minute plus versions packed the CD to capacity, creating an album-length Beyond The Clouds experience that was a significant draw for fans. Originally available exclusively via Discogs.com but later reissued in stickered black digipaks, it’s now also available to purchase digitally via the echospace [detroit] Bandcamp site.

You’ll most likely be familiar with “Beyond The Clouds [Reprise] III” as it this version that appears on the flip side of the Seconds To Forever 12″. Unsurprisingly, given its popularity and acclaim, it’s also probably the most successful expression of the track. Broadly panning tape hiss sprays wide arcs of water crystals across barreling waves of metallic chords, which are joined a few minutes in by ice-chiseled hi-hats and the softest, warmest sub-bass beat imaginable. The perfect balance of ambiance, rhythm, warmth and and chilly outer-atmosphere spaciousness, this is one of cv313’s most immersive works to date.

You have to wait until last for that version, however, the album opening instead with “Beyond The Clouds [Reprise] I”. Essentially very similar to “[Reprise] III,” it strips away the sub-bass and percussion whilst muffling and eroding the rest to create a more distant, almost narcotic experience. As the most laid back of these two versions, omitting as it does, the hooks and rhythmic elements of “[Reprise] III” that draw you in so effectively, it might perhaps have worked better if the running order or the two had been flipped, the more ambient nature of the mix being more suited to an outro than an intro.

It’s “Beyond The Clouds [Reprise] II” in particular that make this collector’s item worth picking up, however, thanks to its radically different tones and textures. Where the other two versions spray and soar, this one squelches and writhes, the melody crushed and smothered by slithering analog keys as supple toms and salt-shaker hi-hats combine with the drier sub-bass to create a totally different palette. It’s a fascinating example of how different treatments of similar source material in a recording session can yield wildly different results.

Something of an esoteric release, Beyond The Clouds [Reprised] Versions is definitely one for the fans and collectors, who will prize the opportunity to own these different variants of a classic track. Interestingly, it seems there must at least another three versions hidden away somewhere that may yet see the light of day on a future LP release. In the meantime, you can also enjoy the classic “Beyond The Clouds [Reprise] III” in beautifully mastered form on the forthcoming Altering Illusions Chapter One: cv313 2xCD set.
-Igloo Magazine

Echospace present some more luscious dusty deep techno abrasions from CV313 ahead of their forthcoming album Dimensional Space. "Seconds To Forever" is vintage CV313, a lolloping groove ascending from the sonic mists and settling amidst ocean deep melodics. The reshape that shares space on the A Side embellishes "Seconds To Forever" with some live congas from The Howard Street Rhythm Section and a general air of spaced out bliss. The B Side is reserved for something entirely more special however in the shape of a live rendition of "Beyond The Clouds", culled from a recording session deep in the recesses of Detroit. It's a 23 minute journey through vintage modular synths and analogue devices that astounds with its shimmering beauty. -Juno

*Fully Remastered* Special stuff from Stephen Hitchell and Rod Modell's cv313 alias, dropping two sturdy but spectral House grooves backed with an epic 22 minute live recording made in "the heart of Detroit". The A-side mixes of 'Seconds To Forever' are made for that non-exclusive club in the clouds, the one where every track is a gaseous anthem which only requires a slow smile of approval. Their original mix is all about strafing bassline movements whose gentle kinetic motions expel intoxicating clouds of dreamy sleep-techno tones for that deliciously anaesthetised suspension. The 'Remodel' organises the effervescence into curling dub chords while a layer of tilted congas from The Howard Street Rhythm Section trickles through the mist. If you need the bliss to last longer flip over for the ultimate catharsis of a 22 minute+ 'Reprise' which was mastered for a forthcoming CD release by legendary NSC mastering engineer, Ron Murphy before he sadly passed away. Hitchell has since retouched the track with some help from Mark Richardson and his analogue desk at Prarie Cat Mastering, sloping the momentum for a near-infinite psychedelic exploration. Sublime!. -Boomkat

cv313 – Beyond the Clouds (Reprise) [Echospace]
Adapted from a live performance in Detroit, this 23-minute ‘track’ is absolutely epic. I would go as far to say it’s the best-sounding vinyl record I own. So many layers to this and the quality of the production and recording methods come together to create something really special. Almost every time I listen to it I hear different things going on. It's a record I play often to get away from it all – a great way to recalibrate the brain. -Lord of The Isles, UK (The Skinny Mag, UK)